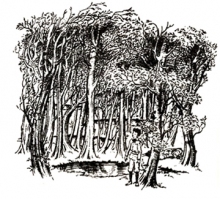 Speaker: Anne dixon and Annettte Elliott
Narnians awake!
How CS Lewis Provided the Architectural Symbolism for an East End School
Place:
Association of Jungian Analysts
Flat 3, 7 Eton Avenue, London NW3 3EL
In the shadow of the tower of No1 Canada Square, on a former burial ground, amid a sea of grey Tarmac sits a small primary school. Every weekday, in term time, 210 children from a local faith community assemble there in search of ‘an education'. Despite the efforts of a dedicated staff the children's aspirations remain limited by the boundaries that surround them. When those boundaries are challenged by the suggestion of a second school and a family centre which welcomes people of all faiths and none, coming to share their site, a new symbolism must be found which is acceptable and inspiring to all. Tonight’s talk will describe the Architect’s search for an appropriate design Vocabulary.

Anne Dixon is a partner of Green Tea Architects, a small practice which operates from two shop units in the Tea Factory in Brockley, South London. She works with two partners and an enthusiastic workforce of 8 young architects.

Annette Elliott is a Jungian analyst trained at AJA. She has a Canadian Law degree which comprised the basics of Common Law (basically English) and provincial law which, in her case had a strong bias towards French Coutume de Paris and Australian law. That meant understanding and weaving into her work three distinct, yet similar, legal threads. Annette, who also speaks three languages, knows that when translating the meaning of a word, one might need to use different words, and not necessarily a direct translation of the written/spoken word. Of her conversations with Anne, over twenty years, Annette says: "I was struck by the similarity in our professions: for an Analyst and for an Architect there is always basically two (the analyst and the patient, the architect and the client); one has to start with prima materia but maybe even before that, there needs to be a de-construction, a breaking down of what was there before. Out of prima materia/building materials, through the workings of two, after trials and tribulations, where a third gets constellated, rises something totally unique".

Advance booking is essential as space is limited 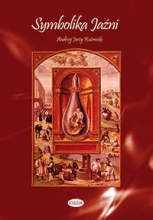