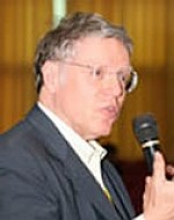 John Beebe, M.D., (born June 24, 1939, in Washington, DC) is a Jungian analyst in practice in San Francisco. He received degrees from Harvard College and the University of Chicago medical school. He is a past President of the C.G. Jung Institute of San Francisco, where he is currently on the teaching faculty. He is a Distinguished Fellow of the American Psychiatric Association.

A popular lecturer in the Jungian world, Dr. Beebe has spoken on topics related to the theory and practical applications of analytical psychology to professional and lay audiences throughout the United States as well as in Canada, China, Denmark, England, France, Italy, Germany, Israel, Mexico, and Switzerland. Dr. Beebe is the Founding Editor of The San Francisco Jung Institute Library Journal, (now titled Jung Journal: Culture and Psyche) a quarterly of reviews with an international readership, and he was the first American co-editor of the London-based Journal of Analytical Psychology.

He has also published in The Chiron Clinical Series, Dream Time, Fort Da, Harvest, The Inner Edge, Journal of Jungian Theory and Practice, Psychoanalytic Psychology, Psychological Perspectives, The Psychoanalytic Review, Quadrant, Spring, The Journal of Popular Film and Television, Theory and Psychology, Tikkun, Voices, and Writing on the Edge. He has contributed book chapters to The Anne Rice Reader, The Cambridge Companion to Jung, Jungian Analysis, New Approaches to Dream Interpretation, Post-Jungians Today, Soul Moments, The Psychology of Mature Spirituality, The Soul of Popular Culture, and The Vision Thing.

With Donald Sandner, he is the author of “Psychopathology and Analysis,” an article on Jungian complex theory used in many training programs, and with Thomas Kirsch and Joe Cambray the author of “What Freudians Can Learn from Jung.” Dr. Beebe is the author of the book Integrity in Depth, a study of the archetype of integrity.

An avid film buff, Beebe frequently draws upon American movies to illustrate how the various types of consciousness and unconsciousness interact to produce images of Self and shadow in the stories of our lives that Jung called individuation. Dr. Beebe’s reviews and articles about movies have reached a wide audience. He can be seen discussing film in the award-winning documentary “The Wisdom of the Dream.” Among his better-known papers are “The Anima in Film,” “Attitudes Toward the Unconscious,” “The Father’s Anima as a Clinical and as a Symbolic Problem,” “On Male Partnership,” “Primary Ambivalence Toward the Self: Its Nature and Treatment,” “Psychological Types in Transference, Counter-transference and the Therapeutic Interaction,” “Toward a Jungian Analysis of Character,” and “The Trickster in the Arts.”

Beebe is particularly interested in the way an understanding of our typology can foster the development of the capacity to take responsibility for our impact on others. Following up on Jung's theory of psychological types, Beebe developed an archetypal model of a dialogical self wherein conscious functions contend with functions in the shadow. A person's superior (preferred] function is the hero (or heroine), most closely allied with a semi-conscious function called the anima (or animus). An auxiliary function (the good parent) may be counteracted by a shadowy Witch/Senex function, and a child-like tertiary function by a more juvenile Trickster. The Anima may find itself forced to compete with a demonic personality function which threatens to destroy it. 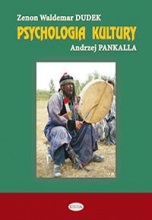